» Blackbling (Blackwing with the New Support)

» Pandemonium Archfiends (Destroy and Plus)

Who would win in a Death Battle? Naruto (Sage Mode) vs. Spawn
Location: Outside of Ichiraku Ramen Shop
Powers: Naruto has all his powers up to Sage Mode and Spawn has all the powers he has ever had.

Naruto wins cause spawn would get in his way to the Ramen shop, and nothing gets inbetween naruto and Ramen lol 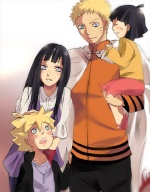 ^lol. I'd say Spawn considering he's OP as hell and no way Naruto would be smart enough to figure out how to beat him. Naruto is all offense and no thinking things through.

naruto is better than that now

In his fullest ability Naruto is practically Sage of Six Paths and sure Spawn is practically immortal but between being able to fully control Kuuybi as well as Sage Mode. Spawn would have to be able to fight from so many different angles and unlike Naruto, when Spawn runs out of energy, he's done. Unlike Naruto who can just pull a clone out of the sage area full of Sage chakra.

You wanna put Spawn (The being who killed both God and the Devil and gains power from sin) against Naruto? Even with Naruto being able to use his Sage and his Kyuubi that's hardly a fair match. You're giving spawn his all of his powers meaning he would be God and the Devil. Ruler of everything second to nothing. Kyuubi form is the epidemy of the sin of rage, plus Naruto is a glutton, as well he has little care for his own safety and usually charges in head first without thinking. Spawn however is tactical, has had special force training, uses guns, and has a suit that can basically do whatever the fuck he wants it to. Naruto controls chakra where as spawn controls the essence of sin. I'm going with spawn on this one hands down.

You guys keep thinking of Naruto as stupid yet in reality he's matured a lot throughout the seasons and actually thinks his battles through as well as shows the commitment to keep fighting no matter what.

Lol Waldo. He hasn't matured as much as you think he has. :p

Either way it doesn't matter how much he's matured when Spawn could literally UNBIRTH him and make it so he never existed. How you may ask? BECAUSE SPAWN IS GOD AND THE DEVIL. He can do anything he wants.